How will the metaverse change digital marketing efforts in the future? 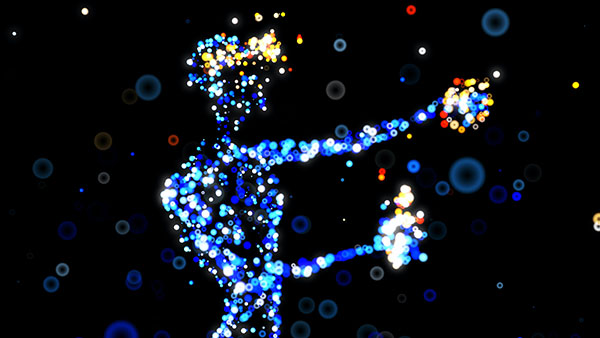 The metaverse is not a new concept, but if it takes off because of ‘Meta’, it can have significant effects on digital marketing campaigns.

The metaverse, which was heralded by Facebook Inc. now ‘Meta’, as the focus of their future efforts, is not exactly a new concept. The metaverse can be summed up like cyberspace or the World Wide Web, an all-encompassing digital space, but with elements of virtual reality, like VR goggles, or augmented reality, like smartphones or smartwatches.

It also includes a digital economy, with virtual currencies, products, and services, that can be bought and consumed from within the application or game. These elements already exist in smartphone app stores, multiplayer videogames, learning platforms, coworking software, etc., but are not fully integrated to each other yet.

For marketers, familiarity with the metaverse will be essential in the coming years. According to Bloomberg, this sector could be worth $800 billion in global business by 2024.

If we think that the metaverse could be the future of the internet as we know it now, it is obvious that it will have a huge impact on digital media and commerce. In fact, the numbers we’re already seeing are spectacular: this year, 27.7 million people attended Travis Scott’s Fortnite clothing and music merchandising launch of Fortnite.

As was once the case with the internet, the level of disruption that the metaverse will cause is hard to imagine, but there is no doubt that it involves a new way of thinking and doing things across the board, and marketers should be at the forefront of this change. Some of the elements of “traditional” digital advertising may carry over into the metaverse, but there will also be entirely new dynamics in which generating user experiences will be key.

According to Tim Sweeney, the founder of Epic Games, games will play a key role within the metaverse. As he said in a February 2020 talk, “The Star Wars and Marvel crossovers in Fortnite brought an amazing new entertainment experience to customers for free and raised awareness of everyone’s products. They weren’t commercials, they were much more engaging and exciting than commercials. I think the future of the gaming industry will see a lot more of that and a lot less of the traditional display advertising where you take someone’s time away from what they’re doing and annoy them by putting some unwanted content in front of them and expecting them to take an action. I think we’re getting closer to the point where every company will have a live 3D presence in real time, through partnerships with gaming companies.”

To sum up, the metaverse is not yet a thing, but its elements are coming together. And to take advantage of them, it’s advisable to start familiarizing yourself with it’s current ‘parts’, like online videogames and existing digital commerce platforms, to start planning strategies for this new medium.

Each project is different. Some websites need constant maintenance and optimization, while others require minimal attention. This means that the price of SEO services is calculated based on the time and research required to obtain quality finishes. The SEO budget depends on the size of the website, the degree of optimization and the scale of optimization that a website, blog or e-commerce requires.

The level of optimization of a website considers the amount of research, technical analysis, keywords, link building and maintenance on and off the site.

For their part, web stores need more optimization than personal blogs to maximize traffic and conversion rate, so they need more comprehensive packages.

Finally, the optimization scale implies the geographic reach of the website, as it implies different tactics depending on the strategy.

Consider applying SEO to your website and making it the heart of your digital marketing strategy. Contact us to discuss how to multiply the income of your company.

External SEO is concerned with improving the ranking of a site on search engine results pages through promotional techniques such as:

On-site SEO involves optimizing the content of the website, blog and e-commerce at a structural level to make it more trackable and friendly for users and search engines. Includes optimization of title tags, internal links and URLs.

Some On-site SEO actions are:

Keyword research is about locating the most searched words and phrases by users. This means that it is essential to tag the content of your site so that search engines can easily locate them.

The keywords used should target frequently used search words and phrases that are relevant to your content and add value to searches. The more keywords that are used and the more relevant they are to users, the easier it will be to find your website, blog or e-commerce. Also, if your website has a higher reputation, it will also be more relevant and better positioned.

Also, it should be taken into account that the position of the keyword in the URL affects its ranking and that the length of the keyword also influences the web positioning. Shorter URLs are easier to find and obviously rank higher.

Technical Analysis SEO technical analysis involves an in-depth review of the technical elements to improve so that Google and other search engines can index and crawl your website, blog or e-commerce.

The most common trouble spots are:

Preliminary SEO research focuses on finding out what’s on your website. This checklist is the content you have and discover the best way to select relevant bookmarks to optimize your website, blog or e-commerce. It includes the topics of your content, the types of media present, and benchmarking, that is, researching sites with similar content.

The goal of SEO is to differentiate yourself from your immediate competition, making your content on your website unique. This means that if your website has valuable content and responds to organic user searches, it will be easier for web crawlers to find.

The research done dives into the website’s specific market and the audience it is trying to reach. This step takes many factors into account and is one of the most expensive considerations in your budget.

You deserve to have your own custom designs. We’ll create a design that’s uniquely yours, with a brand message that reflects your personality and goals.

We create the brochure of your company, brand, product or service from scratch specially designed to show your value proposition to the target audience.

Make your business card design stand out. We take the time to understand what you need so you can have an impactful card that will make your company stand out.

We make sure that our clients have a professional and unique corporate brand that allows them to promote their companies and increase their chances of success.

We take great care in every detail to make your brand unique! Our logos are handmade and then digitally designed, always thinking about the concept of the brand and target audience.